The Ohio Cobra Club's members and volunteers will be displaying a Cobra and selling Sweepstakes Tickets for the 2023 London Cobra Show's Sweepstakes Car at the following event in January, February, and March. We are looking for helpers and volunteers to be involved in setting up the display, selling Sweepstakes Tickets and tearing down the display at the end of the event. If you are available and can help even for a few hours, it would be greatly appreciated. Please email your questions or comments to info@ohiocobraclub.com. Thank you.

Your club’s August Board of Directors meeting is scheduled for 7:00 pm on Wednesday, August 17, 2022. If any club members would like to attend the ZOOM meeting via computer or tablet, please contact club
President George Daulton at 1-937-414-0097 for your  ZOOM invite.

Hotdogs, burgers, and Dave’s famous marinated flank steak will be supplied. Please plan on bringing some of the following items to share: side dish, ice, buns, bottled water, snack, and dessert. If interested also BYOB.

Club members should plan on having breakfast at Mark & Lisa McKimmins home on Saturday October 15th, beginning at 9:00 am. A fall foliage cruise through the scenic and winding roads of central Ohio will follow breakfast.

Your club’s After the Holidays, Holiday Party is scheduled for Saturday, January 7th at 5:00 pm. Additional details will be available closer to the date of the party. The party will be at the Columbus Marriott Northwest Hotel located at 5605 Blazer Parkway, Dublin, OH.  If you would like to spend the night at the Marriott, please click HERE to register for the club's special group room rate.

Dates for the 2023 London Cobra Show and Raffle are as follows: Show dates are June 22nd, 23rd and 24th. The raffle drawing will be conducted on the evening of the 24th.
Location is Dublin and London, OH.

In 2001, a small group of fun loving and benevolent car enthusiasts, each with a cult-like passion for the Shelby Cobra, and a desire to help sick kids, joined together to form the Ohio Cobra Club (OCC). 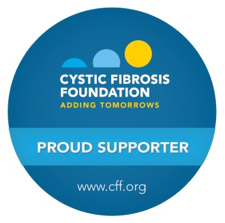 The purpose of the club is to promulgate admiration for the Shelby Cobra sportscars, regardless of manufacturer or type; to support the City of London with the London Cobra Show, and to support and raise money for The Cystic Fibrosis Foundation. In an effort to assist with the CFF fundraising part of the mission, in 2006, the club attained 501(c)(3) non-profit status from the IRS (Internal Revenue Service) as a nonprofit charitable organization – EIN #20-2462827. The club is also registered with the State of Ohio as The Ohio Cobra Club, Inc.

Throughout the year the club organizes social events such as club meetings, parties, dinners, cruises through various scenic areas in Ohio, as well as helping other club members with their Cobras.

Each year, the club sponsors the London Cobra Show, where a beautiful Cobra replica is given away as a sweepstakes grand prize as the club's main CFF fundraiser. Sweepstakes chances are $20 each and can be purchased by club members at various area car shows and events. The net proceeds from the London Cobra Show and are always donated to the CFF for research into finding a cure for cystic fibrosis.

The club has hosted the London Cobra Show since 2005. Although the show itself is called the London Cobra Show, or simply LCS, most of the events take place in and around Columbus, Ohio due to lack of lodging needs in London. The show is always held in June, following the week of Father's Day, and spans the entire weekend. The main portion of the show takes place Saturday on London's Main Street.

LCS is a combination car show, social event, and charity sweepstakes fundraiser. Show attendees and visitors have the opportunity to view hundreds of beautifully crafted Cobras, speak with their owners, purchase T-shirts, memorabilia, Cobra sweepstakes tickets, as well as visit with the many vendors that will be displaying their products at the show.

The yearly donation to CFF is presented to representatives of the Foundation, and the winning sweepstakes ticket, that fulfills one lucky person's dream, is drawn each year at the LCS Saturday evening dinner.

Over the years, the London Cobra Show has allowed the Ohio Cobra Club to donate over $2 million to the Cystic Fibrosis Foundation.

If you love Cobras and want to help individuals that suffer from cystic fibrosis, join the Ohio Cobra Club today by clicking HERE.

Check out this video of members of the Ohio Cobra Club cruising Northeast Ohio.

Plan to join fellow club members and cruise the magnificent roads of Hocking Hills on Saturday, July, 23rd. Meet at the Cracker Barrel Restaurant in Pickerington at 8:45 am with a departure at 9:00 am. The restaurant is located at the southwest corner of the I-70 and State Route 256 intersection.

Thursday July 21st update - Woody has been released from the rehab facility and is now at home.

Thanks to the following supporters: